It’s a frame set collaboration between The Project (Local fixed gear brand), Team Manila, and myself as Manila Animal.

This is designed for the streets of Manila but can also be used on the velodrome. Very aggressive geometry and tight clearances. No brake holes provided and there’s a little toe overlap when turning at very slow pace. In short, I have the seasoned, or experienced fixed gear rider in mind when i was designing this frame.

We incorporated the Manila Animal concept into this project as it is a very fitting term for someone who can survive, or even flourish, in riding through the traffic of this concrete jungle we call Manila. Just like an exotic animal is at home in the middle of it’s jungle habitat, a “manila animal”, with his or her heightened sense of survival and adventure, is also at home in the sprawling chaos of Manila.

This batch is called “Jeprox” -Pinoy slang for “projects”, an homage to the “pasaway” youth of the seventies. Those who defied the conventions of their time. This is a one-off batch. If things go well, the next batch will be a totally different animal. 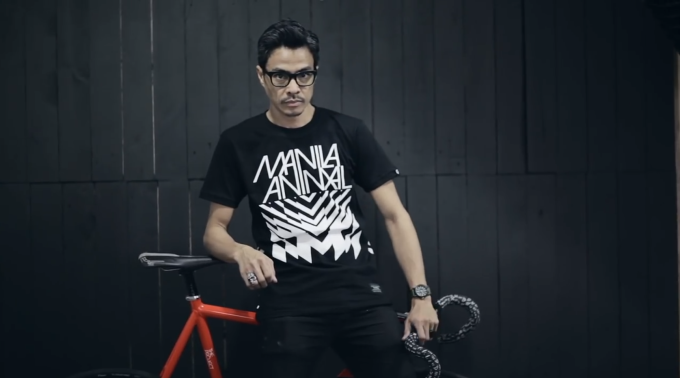